Am I still blogging? Stay tuned...

Until then, here's a Corgi puppy video to amuse you.


Posted by Stephen Dorneman at 9:50 PM No comments:

I Have Not Been Attacked By Zombies

I have not been attacked by zombies.

Nor, however, have I been writing. 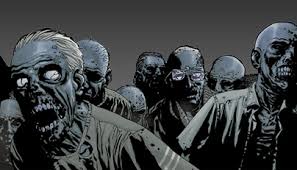 No, not that one.

Stephen
Posted by Stephen Dorneman at 10:02 PM No comments:

Excuses, do you still need to have excuses? Maybe you do. List a few of them out.

Maybe I'm drinking too much. Maybe I'm not drinking enough.

When did I last update the blog? January?

Read this article about writer's block again. It's better than this one. Read them both again, and bookmark them.

'Type up' a blog post. (Don't say the W word.) Remember why you started this blog in the first place? No? Read that first post again.

No. Not completely. Not now. Now that you recall how often you've been here before.

No. No, thank you. Not anymore, not today.

A little. Let's just say it's a start.

Stephen
Posted by Stephen Dorneman at 7:53 PM No comments:

At Least There Were Books

Well, I have to say, 2014 was a pretty crappy year. While I did have a few things published here and there, my writing output was sorely diminished, and if it hadn't been for an excellent Grub Street class taught by Ron MacLean, I might not have worked on anything new at all. Blogging suffered in tandem with my other writing, although as usual I did manage blogging about a few of those things that kept me from writing (like cancer, nerve pain, a death in the family, and, well, laziness, of course).

At least there were books.

Fifty-two, according to my Goodreads account, an average of one per week and 16,315 total pages. More books than I would have guessed, although down from sixty-nine books in 2013. I gave five stars (Goodreads' highest rating) to eleven this year (alpha by author):

Hmm. That's a pretty dark reading list. Two Gillian Flynn novels, Thomas Harris's prequel to SILENCE OF THE LAMBS,  a great (but depressing) young adult zombie apocalypse book (THIS IS NOT A TEST), a Tim Powers historical vampire-ish story, and every short story that the queen of Southern Gothic ever wrote. The Saunders collection of essays, and Chris Rose's collected columns from New Orleans, Post-Katrina, are the only non-fiction works in my top selections.

Although the bulk of the year's reading received a solid three or four stars, I did give a meager two stars to a few books in 2014; one collection of short stories, one "humorous" non-fiction travel book, and a science fiction novel from an author who's written plenty of much better books, so he's allowed one stinker. I'm not going to list those here, but as a person who's congenitally unable to give up on a book once they've started it, let's just say I more-or-less regret the time spent with those three slabs of paper. At least nobody received the dread single star in 2014 (*shakes fist at the sky* "Thomas Pynchon!").

My favorite book of the year? Hard to say. COUNTDOWN CITY held up well, but wasn't quite the stunner that the first book in the Last Policeman series was. I raved about THIS IS NOT A TEST when I finished it, but it hasn't stuck with me as strongly as, say, Flynn's DARK PLACES has. Alice Munro's quiet majesty, Ben Fountain's Iraq-vets-at-a-Dallas-Cowboy's-football-game tour de force, etc., etc., they were all good, and I would recommend any of them to anybody.

Well, that is anybody who likes their reading served... dark.

So, Happy New Year, May Your Books Be Many, and as always,

There isn’t much about writing in this post. However, it does happen to be a story about ink.

I now have a tattoo, thanks to Nick McEvoy, an artist from Good Faith Tattooing. A real, painfully applied, not-at-all-temporary, tattoo. A discrete design, small, and on my left inside bicep, a placement where it is usually covered up even by short sleeves, although with some shirts the tips of it are visible. This is my first tattoo, or ‘symbolic image’ as we’ve been calling it at home, and here’s what it looks like today. 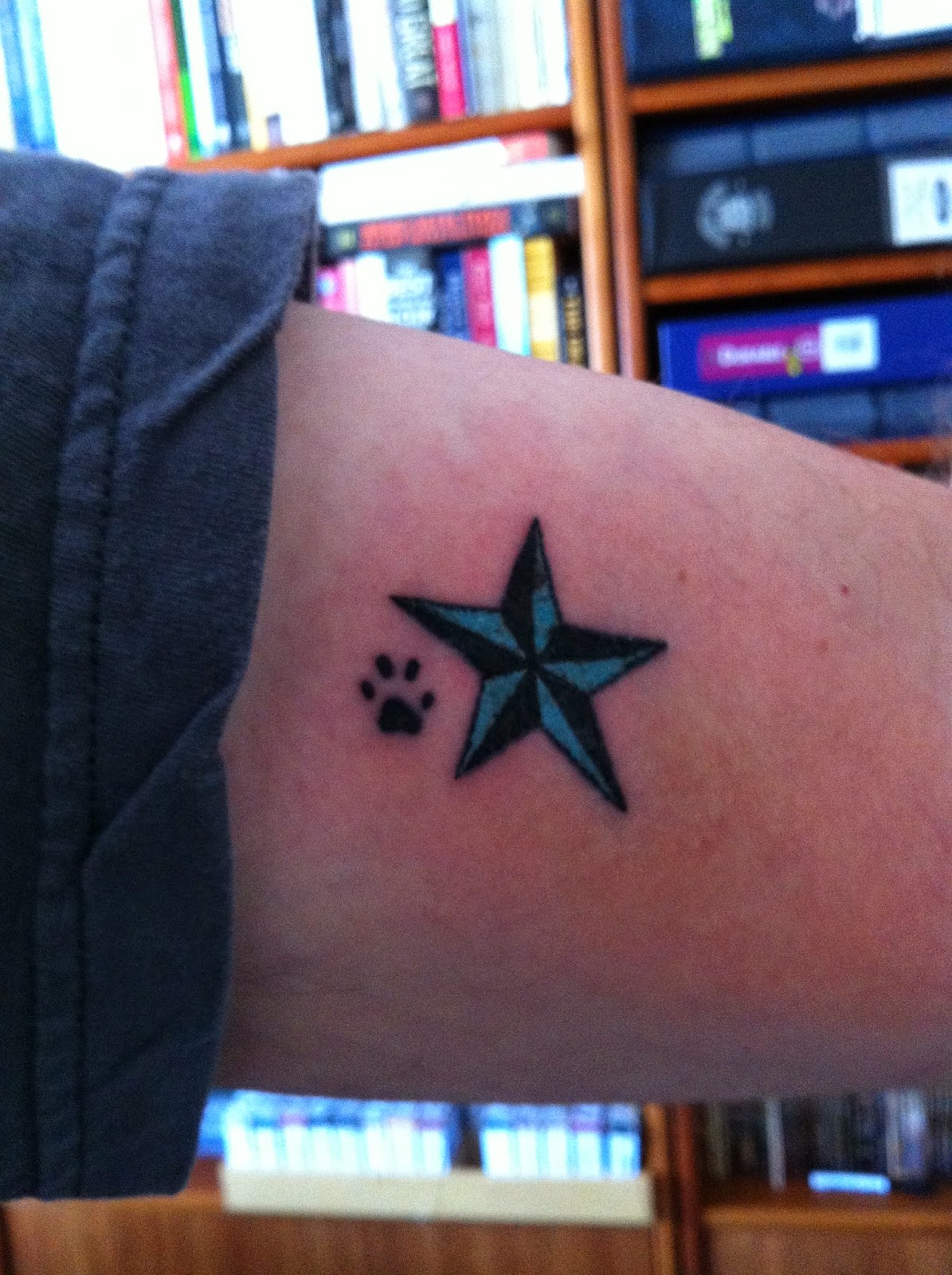 It is still raw and scabbed, the skin around it inflamed and red (in some ways an appropriate symbol in and of itself). It is a wound after all, or rather a series of many small, manageable, wounds. The lines you see will become more defined as the surface blood recedes, and the blue segments of the star will change most dramatically as it heals, clearing and becoming a much lighter color.

This design, a two-color pinwheel, is known as the Nautical Star, and tattoos incorporating it are frequently associated with membership in the United States Navy. My late father served in the Navy during World War II, so I’ll lay claim to that related bit of symbolism, but only as a secondary meaning.

For me, the primary meaning of my star is as a navigation guide, as it traditionally was for sailors, symbolizing true north and harking back to the design style used on a compass rose. In particular it represents my guide through life, the light that keeps me on course both day and night, and that is my wife, Penelope Dorneman.

When we learned that Penny would be receiving tiny tattoos as guides for her breast cancer radiation treatment, I volunteered to get a tattoo of my own in sympathy. The dark blades of the pinwheel remind me of the surgeon’s scalpels, the light blue reminiscent of the scrubs of all the medical personnel involved.

(Penny says the blue matches the color of my eyes, and means clear skies ahead.)

Stars are also the origin of all elements heavier than hydrogen and helium, and sources of radiant energy in and of themselves.

We are all, as Carl Sagan said, made of star stuff.

Oh, and the little paw print? As readers of this blog may recall from my last post, our dog Ellie has recently been diagnosed with thyroid cancer, and she’ll be undergoing her own surgery and follow-up treatment beginning next week. The paw print that symbolizes her is tucked up close under the arms of the star because Ellie follows my wife, no matter what Penny may be doing.

Follows her even in this.

Stephen
Posted by Stephen Dorneman at 2:28 PM No comments:

Some days, the things that hold you together - your work, your family, your writing, your health - are solid guy-wires (pun intended), steel cables anchored in concrete, supports that you know you can rely on through good times and bad. 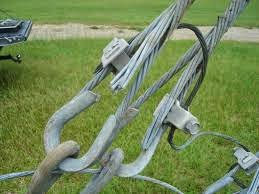 Then there are the other days. Maybe it starts as string of little things – you go to the grocery store for cream because your dog woke you up at two thirty in the morning with an urgent desire to go out, so now you need the cream for coffee to wake you up, and then later, for a white Russian when you can't sleep, and as you're about to enter the store the fire alarms go off and they clear all the patrons before you can buy anything.

Or maybe the string is not so little. You're still struggling with nerve pain from the case of shingles you had back in January. Nobody wants to publish your old stories, and your writing group tells you the latest one has a point of view that's all over the map. Your dog has thyroid cancer. Everything you think you need to do costs money.

Your wife has breast cancer.

So you start feeling that your supports look more like this. 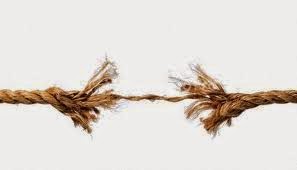 But after a while you think about things, you talk it over with your wife, and you realize that the cables are all intact – they might be stretching a bit in the storm, you can even hear the steel humming in the wind, but the coiled, tempered metal is strong, the bases heavy and solid.

You have health insurance, from a job where you can sometimes work from home, and a patient, understanding boss. You haven't even touched that emergency fund in the bank. Your dog is under the care of the city's best canine cancer specialists, and most important, your wife's cancer is Stage Zero, which means it was caught so early that some medical authorities don't consider it to be 'worthy' of being called cancer at all.

So you buy a large coffee at Dunkin' Donuts, and contemplate having a glass of wine with dinner. And there's time tonight to rewrite that new story and fix the wandering point of view, and you send those other stories out to a set of different journals.

Stephen
Posted by Stephen Dorneman at 12:05 PM No comments: